How These Danish Bees Give Hope to Refugees

How These Danish Bees Give Hope to Refugees

Recently an interesting article about a flagship Danish social enterprise – Bybi, has been published by YES Magazine. Please, have a look:

“It was wonderful before the war,” says Aref Haboo, a 48-year-old agricultural consultant describing Shie, the small village in the Afrin province of northern Syria he called home. There, for 18 years, Haboo had taken care of 50 honeybee colonies spread among olive groves, orange cultivations, and vineyards.

“If I got sad or stressed, I would make some food and coffee and go lie in the shade near the bees to see how they fly, how they collect nectar, and I would listen to them,” Haboo says.

But in December 2013, as the Islamic State of Iraq and Syria (ISIS) started taking control of the country, he knew he had to leave. ISIS militants blocked the road to Haboo’s village and threatened to kill him. Haboo sold everything he owned and rented out his house to gather the $12,000 needed to flee the country.

He went first, leaving behind his wife and children in hopes of sparing them the treacherous journey ahead. If he could make it to Europe, a reunification policy would then allow his family to join him. Haboo crossed the Turkish border by foot, then hid in a delivery truck that smuggled him into Greece, and finally crossed the Mediterranean Sea to Italy on a boat. 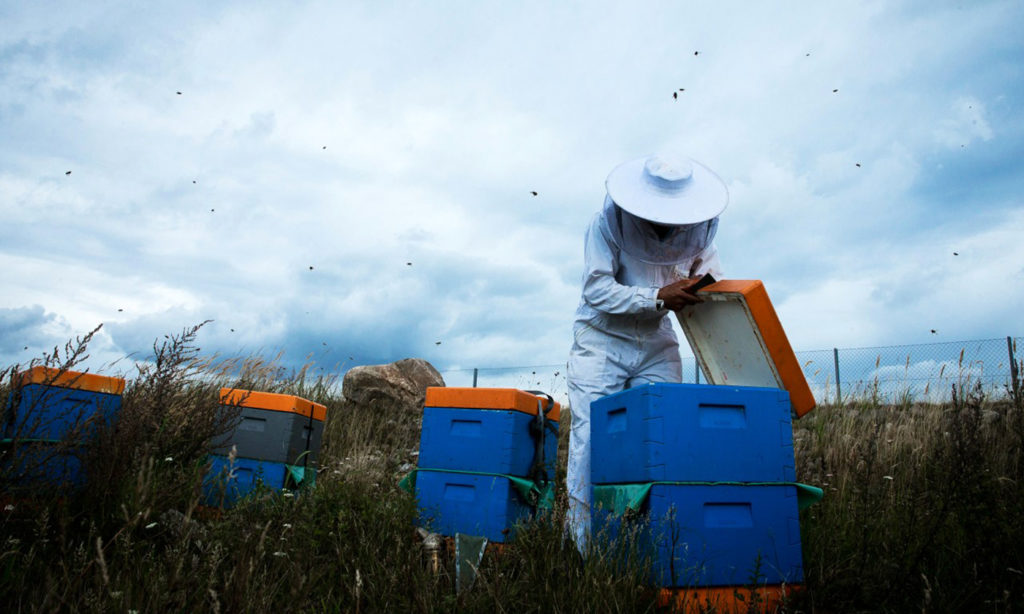 About the Author: Mindaugas Danys