The social and solidarity economy (SSE) is one of the pillars on which the European Union intends to build its resilience, an objective affirmed by the European Commission on 9 December 2021, when it presented a new action plan on the social economy. European Ministers responsible for the Social Economy will meet in Paris on 17 February 2022 to take this momentum to the next level.

Representing up to 10% of GDP in countries such as France, Italy and Spain, the social economy offers a forward-looking solution to today’s climate and social challenges, which is why the European Commission has designated it as one of 14 industrial ecosystems for bolstering Europe’s resilience.

Yet the social economy’s job-creation and social-value-added potential is not being fully tapped into, and many disparities exist from one EU country to another.

For this reason, in December 2021, the European Commission published an action plan to spur the social economy’s further development and unlock its potential for job creation and social connectedness – 10 years after it launched the Social Business Initiative, its first action plan to support the development of social enterprises in Europe, which significantly increased their visibility.

Olivia Grégoire, French Minister of State for the Social, Solidarity and Responsible Economy, will bring together EU Ministers responsible for the Social Economy for an informal ministerial conference.

The items on the agenda of the ministerial conference include:

This conference presents a prime opportunity to examine the resources that can be marshalled and the next steps to take to help the EU strengthen Europe’s social economy.

The work produced by the conference will feed into discussions led by the EU’s Employment, Social Policy, Health and Consumer Affairs Council (EPSCO), a Council of Minister’s formation. Additionally, the work will inform the Commission’s decision-making with regard to issuing a formal recommendation on the social economy to EPSCO Council Ministers by 2023.

2.8 million –> entities in the social economy in Europe

13 million –> people working in the social economy in Europe. 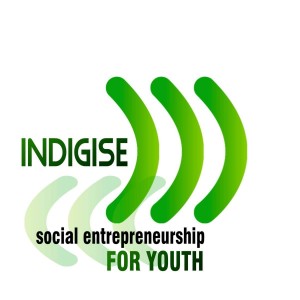 This publication has been prepared within INDIGISE project. The content of this publication is the sole responsibility of the project coordinator and may not always reflect the views of the European Commission or the National Agency.